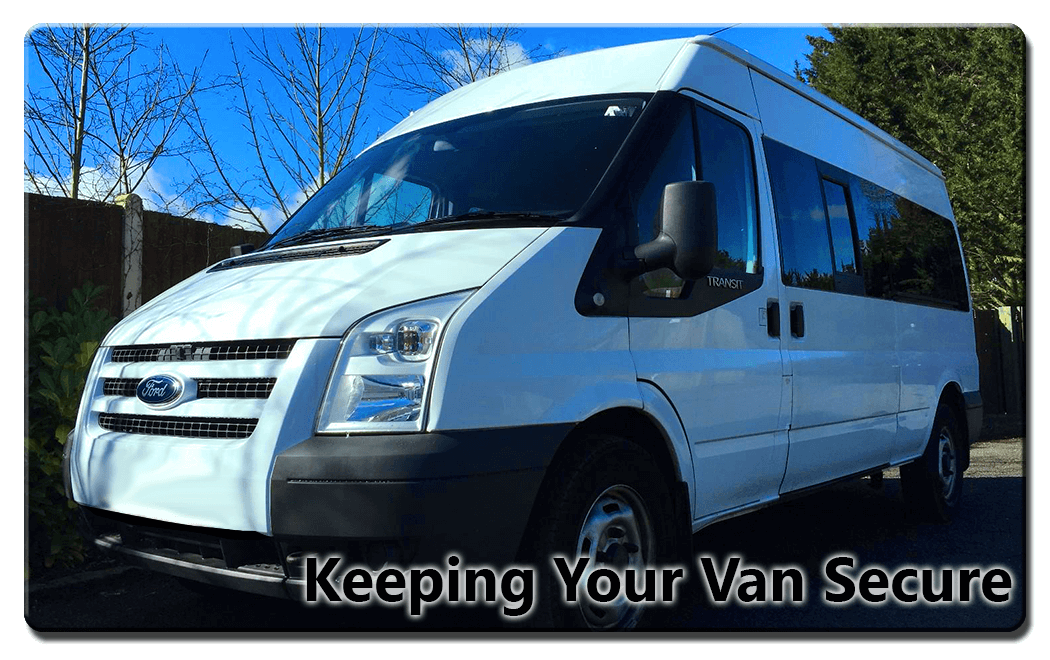 Stolen vehicle recovery firm Tracker reveals that the Ford Transit is the most-stolen van in the UK. Only 1 in 3 stolen Transit vans are ever recovered, compared to the national average of more than 1 in 2 cars. Tracker says that many vehicles are not recovered because when thieves steal the vans instead of selling them on they break them down for spare parts to be individually sold on.

Tracker figures show that in 2015 a staggering 11,000 Ford vehicles were stolen and half of these were Transit vans. 10% of them happened in the West Midlands; in West Yorkshire the total value of stolen Ford Transits was more than 7.5million. The 2nd most stolen van in the UK was the Mercedes-Benz Sprinter with thieves seeming to target Mercedes vehicles built between 2013-2015, whereas it is the older Transits built between 2006-2011.

Even if you own a van which is not one of the most stolen vans, you should always take precautions to make sure that you do not get your van stolen or the contents in you van stolen. Some ways in which you can keep you van secure are:

It may also be worth taking some time to security mark the tools that you use, this is because security marked tools are less appealing to thieves as they are harder to sell on. This will then also help the police recover your tools is they were ever stolen as they will be able to identify them. There are a number of ways to which you can mark your tools e.g. professional engraving, carving or burning you postcode or name will help to make them more secure.

Here at Connect we offer comprehensive polices for anyone who uses a van for a living. We always make every effort to get you the best van insurance price. We have taken on new insurance companies to help achieve this so don’t delay and call today on 01782 200765 or click here to access our online quote forms.