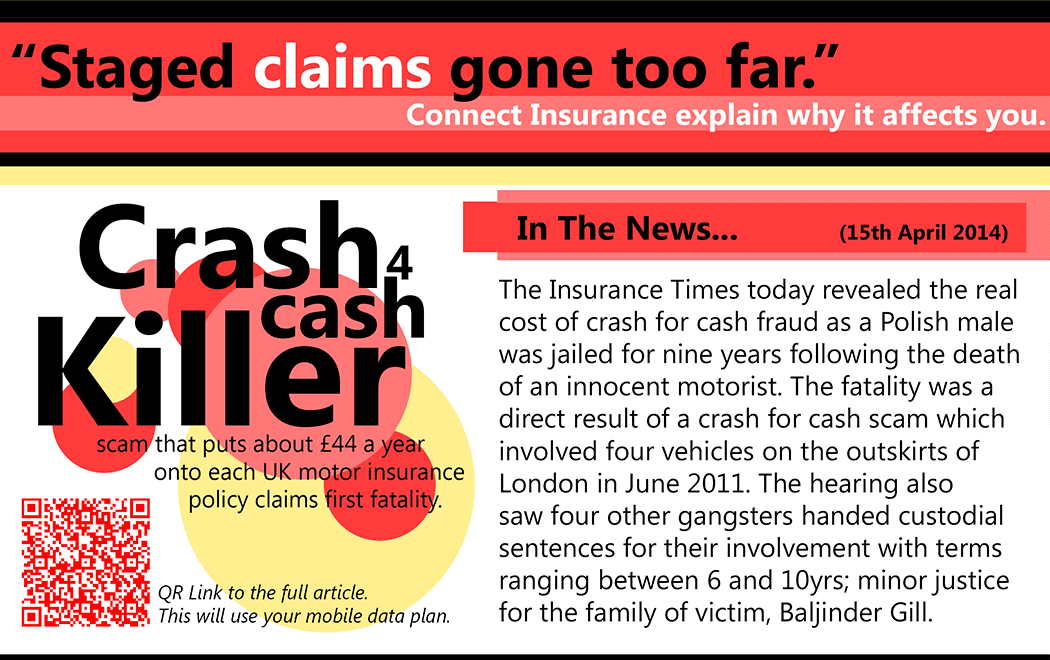 By Ben Scott
Marketing Manager
Cash for crash fraud still affects you – even if you are a genuine motorist. You must have heard by now about crash fraud. There has been a lot of media attention lately as angry motorists start to realise that they are the one’s who are paying for the lavish criminal lifestyle of those involved in cash for crash scams. The Insurance Times today revealed the real cost of crash for cash fraud as a Polish male was jailed for nine years following the death of an innocent motorist. The fatality was a direct result of a crash for cash scam which involved four vehicles on the outskirts of London in June 2011. The hearing also saw four other gangsters handed custodial sentences for their involvement with terms ranging between 6 and 10yrs; minor justice for the family of victim, Baljinder Gill. “But why does my insurance go up? I haven’t made a claim?!” It doesn’t seem fair does it? Other people exploit the system and commit fraud and you have to pay more for your insurance as a result? The AA have revealed that it cost Insurance companies £2 billion last year just to cover the cost of whiplash claims. Insurance companies are simple businesses just like any other – they rely on their income being higher than their overheads. When an insurance company is paying out for claims, they need to recover the money from somewhere and unfortunately their only income is from the insurance policies they sell, meaning it’s you who feels the pinch at renewal. Source: Polish gangster jailed for causing ‘cash for crash’ death