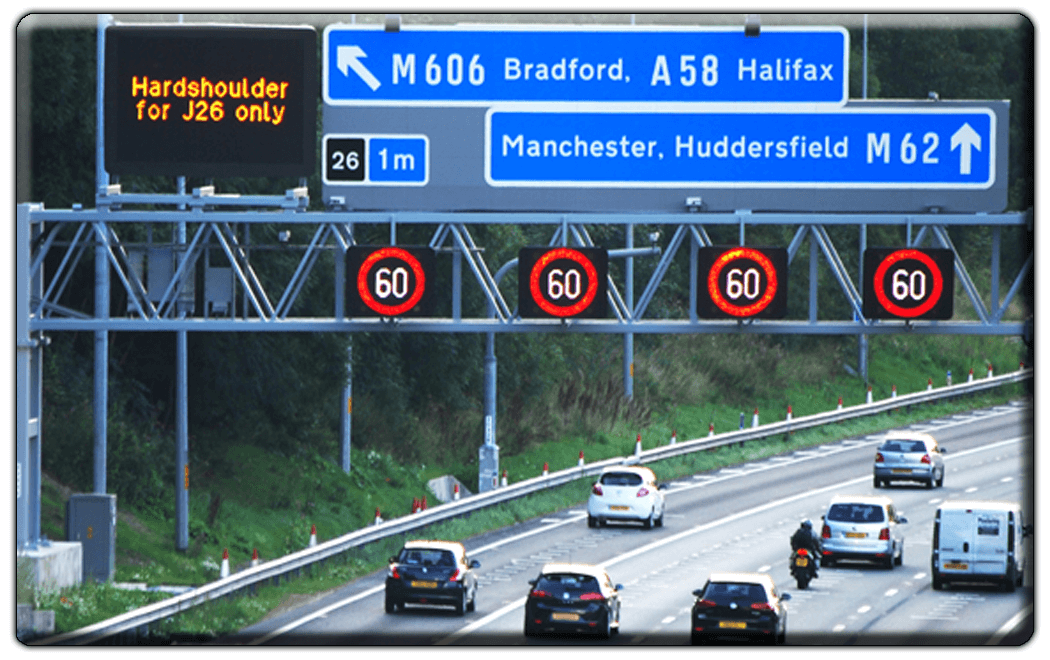 What is a Smart Motorway?

A smart motor way uses technology to actively manage the flow of traffic on the road, which is controlled from a regional traffic control centre. The control centre will monitor the flowing traffic carefully and activate changes in signs and speed limits which helps keep the traffic moving. Smart motorways are designed to increase the capacity of the road, without the expenses/inconvenience of widening the road, by either temporarily or permanently opening the hard shoulder to traffic. Highways England is responsible for smart motorways across England.

How to use a Smart Motorway

One of the local motorways to Connect Insurance Brokers the M6 is getting its smart upgrade and three years of work is beginning to start. Further details of the £335.4million project between junction 13 at Stafford and 15 in Stoke-On-Trent have now been released. Bridges will be upgraded, noise barriers and refuges put in as part of work to turn the 17 miles of the M6 into a smart motorway. Highways England has a 4 year period in place to complete the work required but they are hoping to have it done in 3.

The work which is due to get started this week will involve:

Drivers have been warned to allow longer times for the journeys they are making as speed limits will be reduced to 50mph or 60mph whilst the work takes place. Eventually smart motorways should speed up commuter’s journey times as it will allow the hard shoulder to be used as an additional lane with technology to keep drivers moving.

A spokesperson for Highways England stated: “It is expected to be open to traffic by March 2022. The work will mean there will be an additional lane for traffic, increasing capacity to reduce congestion, more technology on the road to manage incidents and more reliable journeys”.

How do you feel about the inevitable delays caused by the maintenance works for the next few years? Do you think this is a commendable venture into the future, or simply a waste of money? We would love to hear your thoughts @connect_insure on Twitter and @cibltd on Facebook.