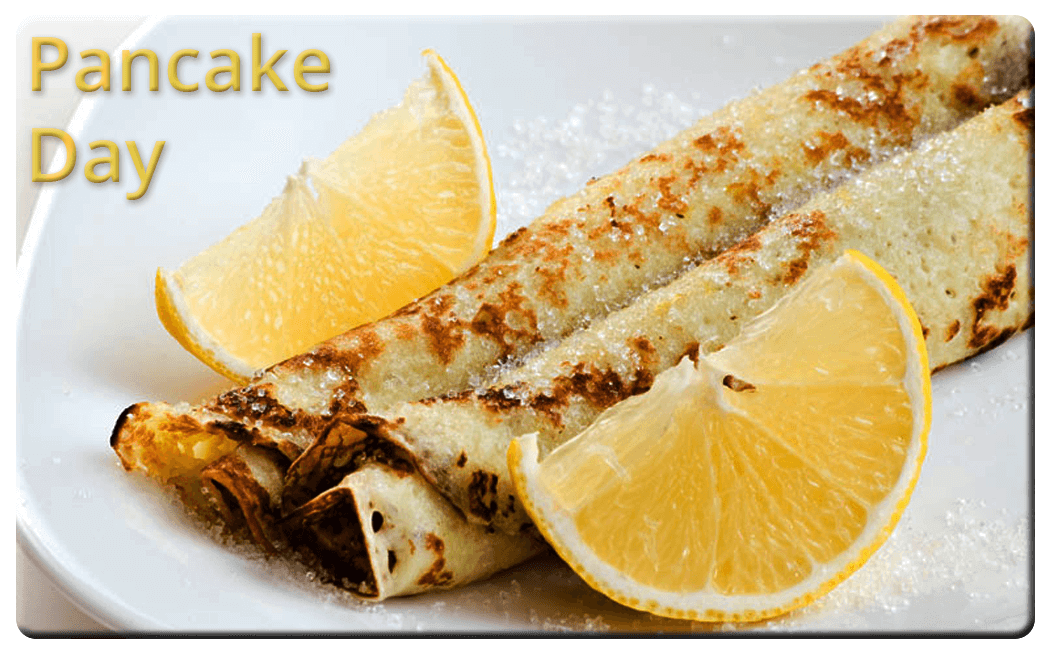 This year Pancake Day is celebrated on Tuesday the 28th February. Pancake Day always falls 47 days before Easter so the date does move around but it will always be between February 3rd and March 9th. Pancake Day is also known as Shrove Tuesday and is the day that precedes Ash Wednesday. Shrove Tuesday comes from the word ‘shrive’ meaning absolution for sins by doing penance.

The day gets its name from the Christians Tradition trying to be ‘shriven’ before Lent. Christians would go to Confession and confess their sins and ask the priest for forgiveness. A bell would be rung to call them to Confession, which was named the ‘pancake bell’ and is still rung today. Lent takes place every year in the 40 days leading up to Easter and it is treated as a period of reflection and a time for fasting from food and festivities. It originates from when Christ spent 40 days and nights alone in the desert being tempted by the Devil.

Pancake Day was not celebrated until years later as a way of using up rich foods, such as eggs, milk and sugar before the 40 days of fasting. Pancakes are now associated with Shrove Tuesday as it is one way of using some of the fatty foods before Lent. In the past the ideas was for families to empty out their cupboards and remove all the tempting foods so they are not in the house during Lent so they would then not be tempted. The actual tradition of eating pancakes is thought to of come from a pagan ritual but others say that it is a Christian tradition. This is because it is said to represent the 4 pillars of faith:

The reason we toss pancakes dates back longer than anyone has been around, the pancake features in cook books as far back as 1439 and the idea of tossing them is almost as old. “And every man and maide doe take their turne, And tosse their Pancakes up for feare they burne.” (Pasquil’s Palin, 1619).