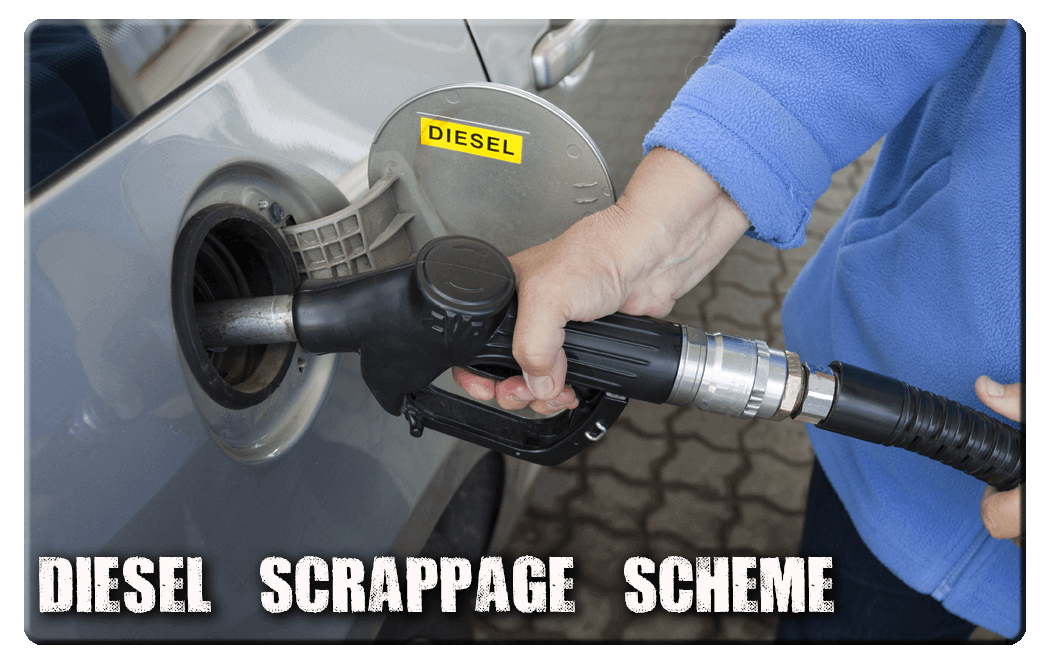 Plans are being drawn up to introduce a scrappage scheme for diesel cars, in order to reduce emissions and improve the air quality across the UK.

The Department for Transport and Defra (Department for Environment, Food & Rural Affairs) are working on a scheme to offer cashback or a discount on-low emission vehicle if drivers of diesel cars trade theirs in. The Transport Secretary Chris Grayling reportedly told the industry experts that he supports plans for a scrappage scheme, but that it must be properly targeted. He told the House of Commons: “We have to find the right way to migrate the nature of the cars on our roads and the vehicles on our roads to a point where they cause much less of a pollution problem than they do at the moment.“

A government source has confirmed that talks had taken place with the Treasury, that would be able to finance the plan and they were developing a scheme to focus on specific areas around the UK where pollution is worst. The oldest and most polluting diesel vehicles in areas where emissions levels are predominantly high are likely to be the target. This follows on from the dramatic warning earlier this month after a number of London boroughs recorded toxic air quality levels, to which the Mayor asked residents to say inside and put off exercise until the levels improved. It also came as Westminster council introduced a 50% surcharge on parking for diesel cars in a bid to drive them out of the borough.

The former transport secretary Patrick McLoughlin, suggested last year that the Treasury should rethink schemes that encourage people to purchase diesel cars or increase vehicle tax to help to deal with the problem. Some MPs on the transport committee have been in discussion with the Department for Transport about the practically of the scheme. One MP said: “The department is looking at this in a serious way but it simply won’t go far enough to tackle the real problem of heavily polluting HGVs, farm vehicles and ships.” However campaigners and the car industry support the idea, which is similar to a scheme in France, to remove old diesel vehicles from the roads due to high emissions.

The FairFuelUK founder Howard Cox stated that “the Westminster council to add 50 % to the cost of parking diesel vehicles is just greedy unscrupulous money grabbing using dubious emissions evidence as the reason to fleece hard-working motorists. There must be incentives for hard-pressed motorists of older diesels to want to change to EVs, hybrids or ultra-low emission vehicles, such as in the French approach. Punishing millions of diesel drivers for mistakes in past UK government policy is neither fair nor honest. There will be a cost in any scrappage scheme, but in the long term the economy and the environment will be the winners.” A spokesperson for the Treasury said that the Government will continue to keep all taxes under review and changes are announced at fiscal events. A Department for Transport spokesman said there were currently “no plans” to introduce a scrappage scheme.