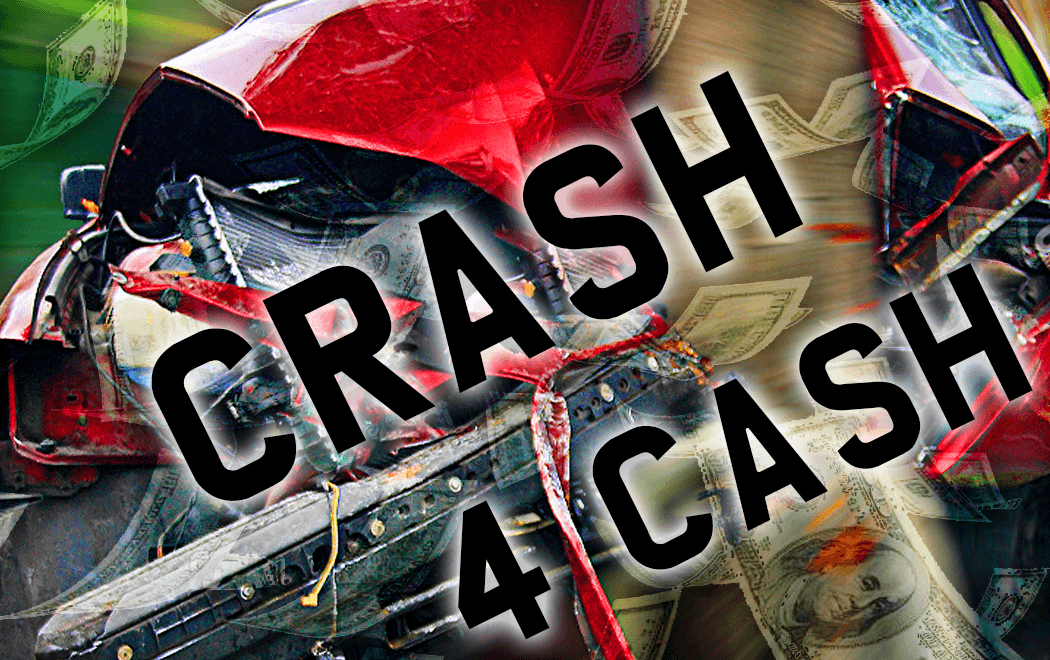 Cash for crash fraud still affects you – even if you are a genuine motorist.

Crash for Cash scams are still an ongoing nuisance for the insurance industry and continue to cost every motorist money in the form of increased premiums at renewal. We previously discussed Crash for Cash scams in July 2013 when fraudster brothers Raja Waqas and Bilal Waqas had their crash for cash scam publicised in British media, and April 2014 when a Polish male was imprisoned for nine years after causing the death of 34 year old Miss Baljinder Kaur Gill.

Despite the media coverage and increased awareness of Crash for Cash scams, fraudulent insurance claims continue to cost millions in payouts, as well as wasting time and resources to investigate and combat. The most recent reporting on Crash for Cash scams involved Thames Valley Police who investigated a fraud ring in Berkshire and Buckinghamshire that ultimately led to four arrests in relation to warrants issued by the Insurance Fraud Bureau (IFB) and the Insurance Fraud Enforcement Department (IFED).

“These arrests send a clear message that we will investigate allegations of fraud. The insurance industry takes fraud incredibly seriously and is committed to tackling this unacceptable problem.” – Ben Fletcher, Director of the IFB

Connect Insurance are commited to helping keep our clients insurance premiums as low as possible, and we understand that eradicating Crash for Cash fraud is a huge step in the right direction. If you have any information regarding insurance fraud, bringing those responsible to justice can positively impact the insurance premium for every honest motorist you know.

You can anonymously report insurance fraud via the Cheatline online form or by calling them on 0800 422 0421.

And finally, if any part of you still doubts how extensive and damaging the Crash for Cash fraud industry is, consider these statistics from the Insurance Fraud Bureau:

Crash for Cash – Putting the brakes on fraud