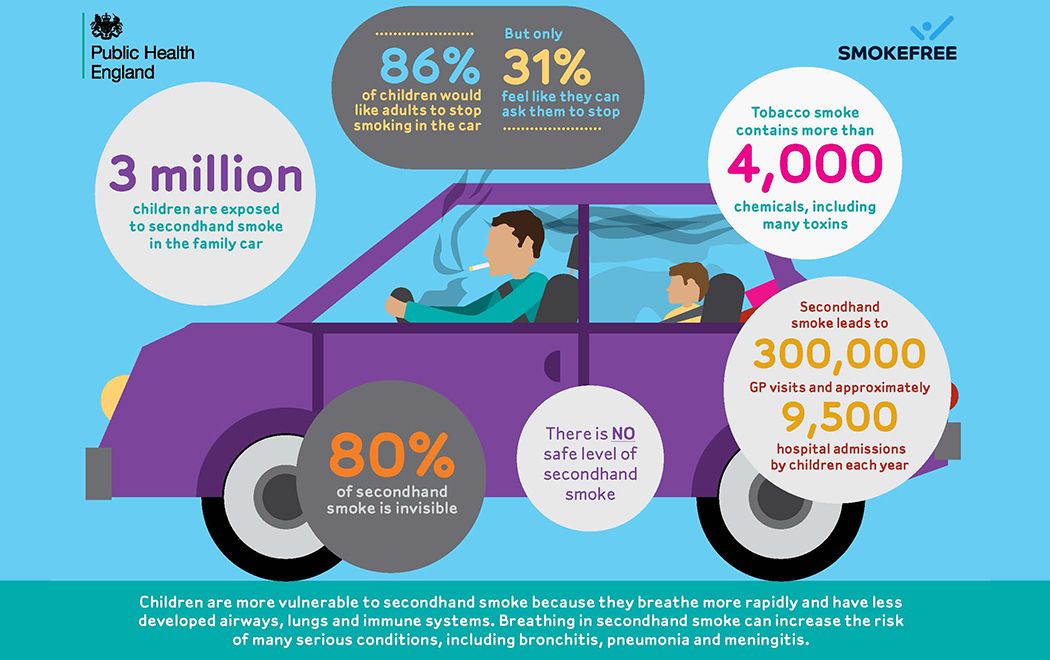 The Government have taken a strong stance on ensuring the population remain protected from second-hand smoke, especially vulnerable demographics such as children. We all know making smoking illegal would achieve this easier, though I digress.

…it was only a matter of time before they introduced further legislation, which arrived in the format of SMOKE-FREE (PRIVATE VEHICLES) REGULATIONS 2015 which went into effect from October 2015.

Studies and projections from health experts suggested three million children were at risk from being exposed to second hand smoke in vehicles, resulting in the push for the change in legislation. The logic was simple, anybody caught smoking cigarettes inside a vehicle carrying an under-18 year old could be subject to a £50 on the spot fine. The projected income revenue for this legislation was in the region of £150 million.

Since the legislation went into effect a staggering three incidents have been recorded in the entire of England, all of which were let off with a verbal warning and no monetary fine. Two of the recorded incidents were in London, the other in Devon/Cornwall. The £50 fixed penalty can be reduced to £30 if paid within two weeks, or increased to £200 if pursued through a court conviction.

Though this figure seems alarmingly low, it was addressed by the Parliamentary Under-Secretary for the Department of Health:

“In changing the law we always said the measure of success would be in changes in attitude and behaviour, not number of enforcement actions” said Jane Ellison.

The question now is whether:

We would hope it’s the first option.

Source: No fines issued for smoking in cars with children