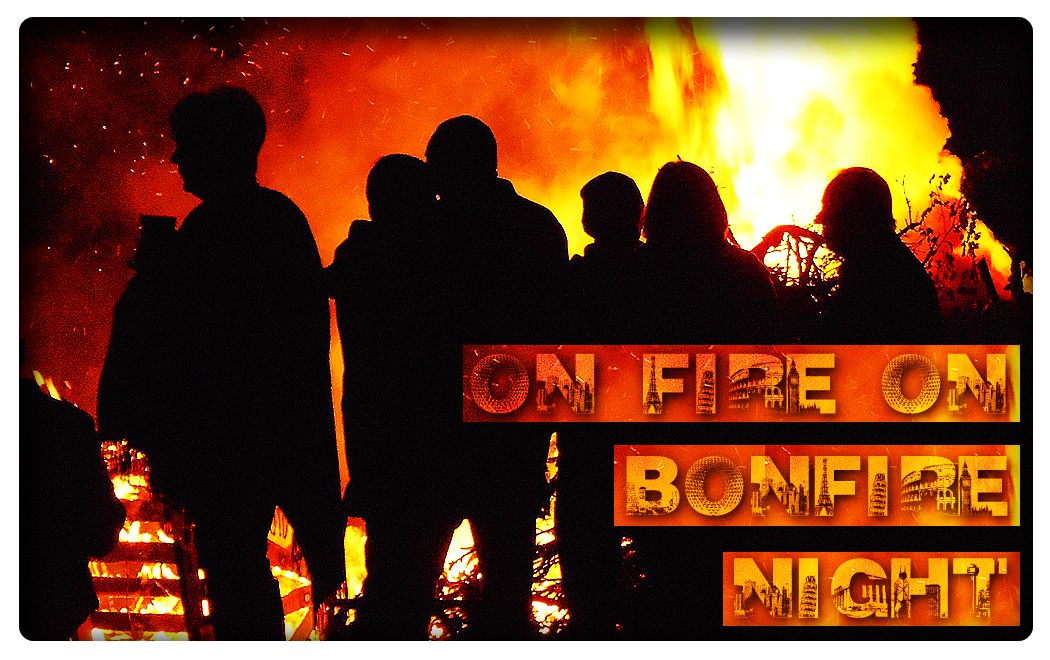 Bonfire night commemorates the failure of the Gunpowder Plot by a gang of Roman Catholic activists led by Robert Catesby.

When Protestant King James 1 acceded the throne, English Catholics hoped that the persecution they had been suffering for 45 years under Queen Elizabeth I would finally be over and they would be free to practice their religion. When sadly this did not happen, a small group of conspirators resolved to assassinate the King and his minister by blowing up the Palace of Westminster during the state opening of Parliament. In the group there was a man called Guy “Guido” Fawkes from York, who rented a house close to the Houses of Parliament. The conspirators then managed to smuggle 36 barrels of gunpowder into a cellar of the House of Lords which was enough to destroy the building.

The scheme began to fall apart when an anonymous letter was sent to William Parker, the 4th Baron Monteagle, which warned him to avoid the House of Lords. The letter was then made public which led to a search of Westminster Palace in the early hours of November 5th 1605. Fawkes who was an explosive expert had been left in the cellar to set off the fuse; he was caught when a group of guards discovered him at the last moment. Fawkes was arrested and was sent to the Tower of London and tortured until he gave up the names of his fellow plotters.

Following the failed plot, Parliament declared November 5th a national day of thanksgiving for the King not being killed, and the first celebration took place in 1606.

So this Bonfire Night make sure that your valuables are secure to ensure that you don’t have to put a claim in on November 6th for fire damage. If you do decide to have your own celebrations, be aware of items and structures in the immediate area as fire can spread rapidly and unexpectedly; also pre-empt the unpredictability of fireworks that may explode without launching or alternately may accelerate in unanticipated directions.

An example scenario; a firework hits your window, breaks the glass and causes fire damage inside your property.

An example scenario; your bonfire spreads unexpectedly and sets fire to your vehicle.

Connect offer both TPFT and Comprehensive policies for a wide range of out motor products such as Motor Trade, Taxi, Private Car, Fleet insurance and more.

From Connect we hope you have an enjoyable Bonfire Night and stay safe.