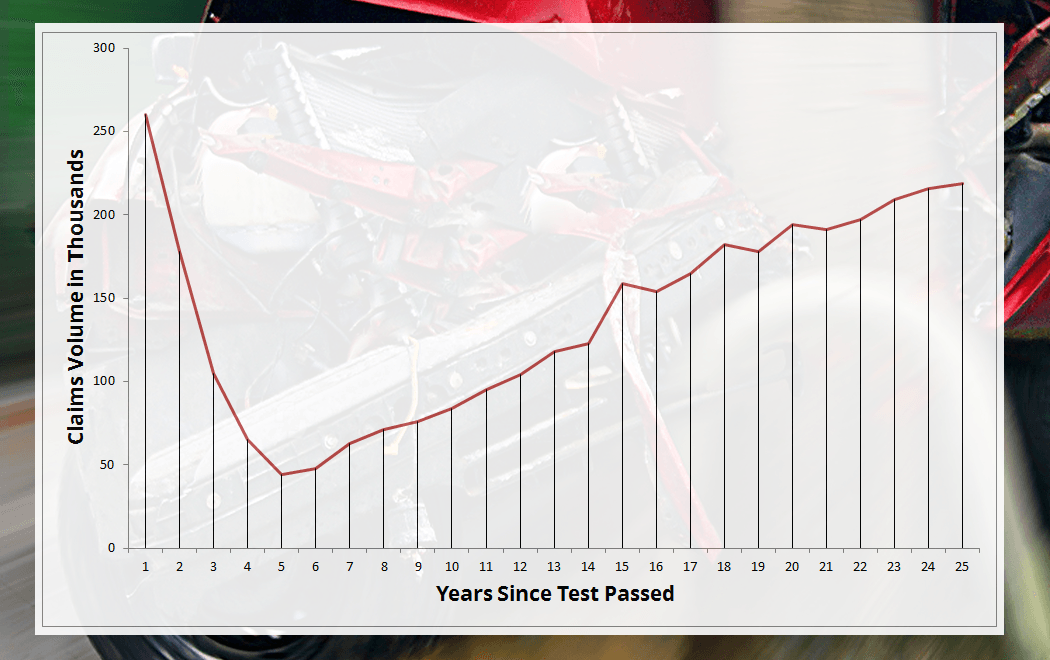 It was inevitable that sooner or later, this would be introduced. Regulatory talks have spoken in hushed whispers for a lengthy period and finally it has been announced that from October 1st 2016, it will become mandatory for all drivers to retake their driving test every 10 years.

Studies support that the longer a driver has been passed, the lower their standard of driving becomes as complacency sets in. This also contributes to higher claims statistics when considering elderly drivers who have held a valid licence for such a long period that they are completely unaware of the latest industry standards. A good example of this is the driving theory as there was no test before 1996 and up until 2007 there was only 35 questions with a pass mark of 30 and now the test has 50 multiple choice questions and you must answer at least 43 of them correctly to pass.

The criteria for passing a driving test are frequently redressed introducing new elements and expanding on existing knowledge requirements. So this is why the government want to introduce the 10 retake test so that even older drivers are up to date with all the new rules and regulations of the road. The main reason for this is to try and reduce the amount of claims and road traffic accidents that happen every day on Britain’s roads.

Considering the latest advancements of self driving electric cars, it becomes paramount that we understand how “organic drivers” (those of us driving manual or automatic vehicles) interact with these electric vehicles in ensuring collisions are minimised.

The legislation indicates that the mandatory retaking of your driving test will coincide with the next time your photocard expires, alternatively at a ten year interval from your original pass date. In failing to book a retake test will result in your licence being revoked until the theory and practical tests have been passed. If you are found driving without taking the retest it will mean that you will have £150 fine and 6 points added to your licence once passed.