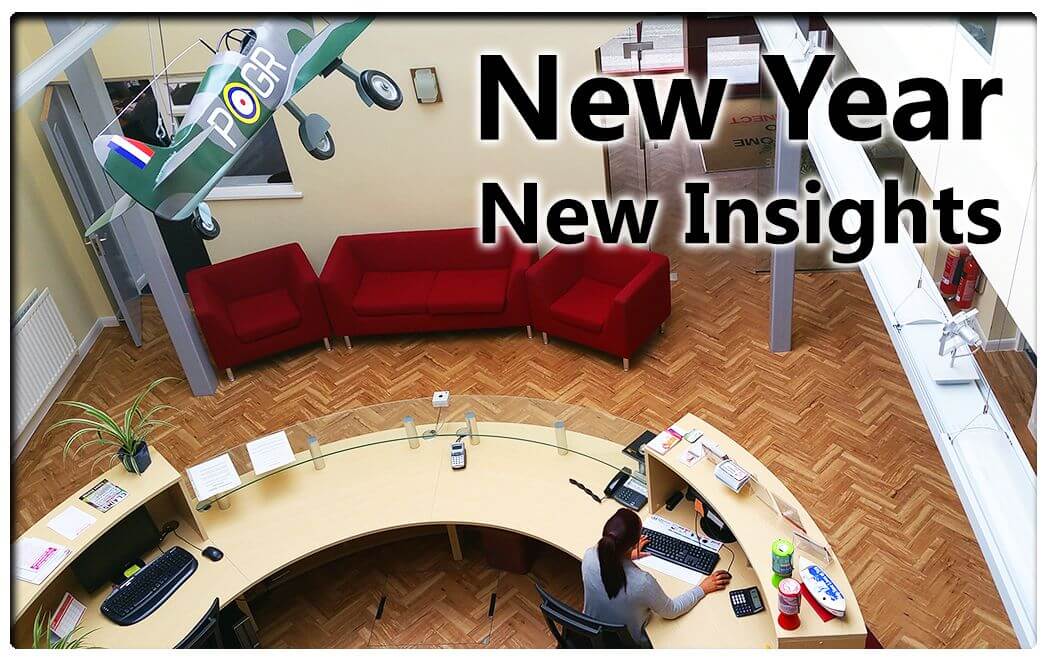 Where did 2018 disappear too? Last year seemed to absolutely fly by, right? Well I guess they do say that time seems to pass faster the older you get and here at Connect Insurance, we’re getting older.

Connect Insurance initially started out as a small brokerage in the corner of a shared office space, way back in 1989. We are talking back before the internet, mobile phones or Ubers were even a thing. Over the last three decades the company has grown from strength to strength. From adding new products and partners to our repertoire, to adopting new technology and infrastructure as it emerges; Connect have always strove to be at the bleeding edge of the insurance industry. And we’ve come a long way.

The company was born August 1989; astrology suggests this makes us creative, passionate, generous and warm-hearted – all of which we strive to be. We had our first website in 1997, which seemed incredible at the time, though it has not aged well. This echoes back to the times when a website was purely for exposure and brand awareness. There were no flash videos, or quote enquiry forms. Certainly no live chat features, or mobile responsive web design. It was a simpler time with little technological demand. 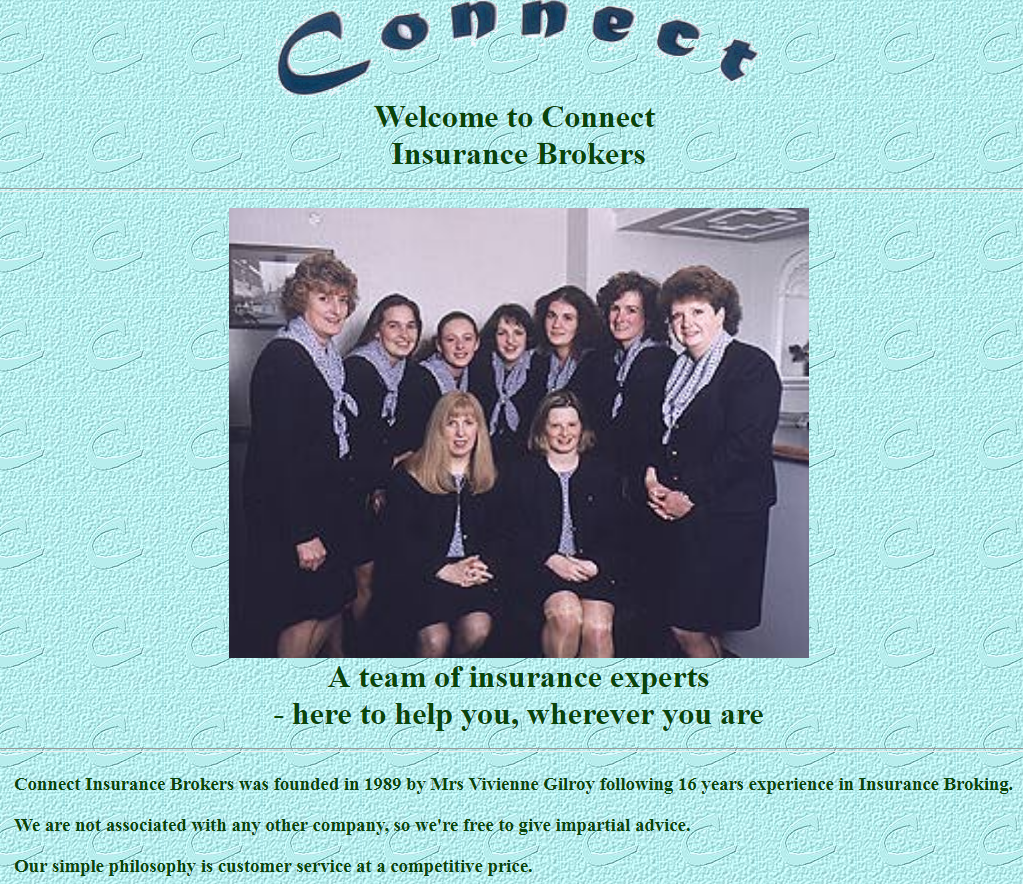 Connect moved from the shared commercial office space into 66 Stafford Street back in 1993. At the time, this step was huge. It marked a decisive transition into an individual company, trading from it’s own corporate office. In 2004, the company acquired neighbouring premises of 70 Stafford Street which would become known to most as “the Taxi office” as Connect began to dominate the local taxi market. Connect would remain at 66 Stafford Street until 2014, when coinciding with it’s 25th Anniversary, the company relocated to the much larger commercial premises at Connect House, Foundry Street.

Over the years Connect branched out into other locations locally including branches in several different cities. The Derby branch of Connect established a foothold back in the year 2000 at 52 Osmaston Road. The branch would remain trading from here until 2012, when it relocated to nearby 4 Bramble Street. Many of our Derby clients will be familiar with Raj, our Derby branch manager who has been a beacon of success for the company since joining us back in 2004.

Meanwhile 2007 saw Connect expand their reach down to Birmingham, with a branch opening at 13 Cuckoo Road within the Birmingham and Solihull Taxi Association office. The branch went on to reopen in a more prominent location for the taxi market at 506 Alum Rock Road by 2009. The Birmingham branch was ultimately absorbed back into the Hanley office in 2014 as part of a large restructuring when the company relocated to it’s current premises at Connect House, Foundry Street.

Keeping it fresh; outlasting the competition.

Over time, branding and identity can become dated and fatigued. Connect have reinvented ourselves many times over the last three decades, from entirely rewriting our websites, to recreating our logo and branding, and even down to overhauling our entire marketing approach.

The reason Connect have managed to weather every storm and remain relevant has been their ability to adapt. As technology grows, marketing improves, and consumer attitudes shift focus, it’s of utmost importance that a company can reinvent itself and ensure it’s brand aligns with it’s market.

Perhaps some of our customers remember this branding style we once used? 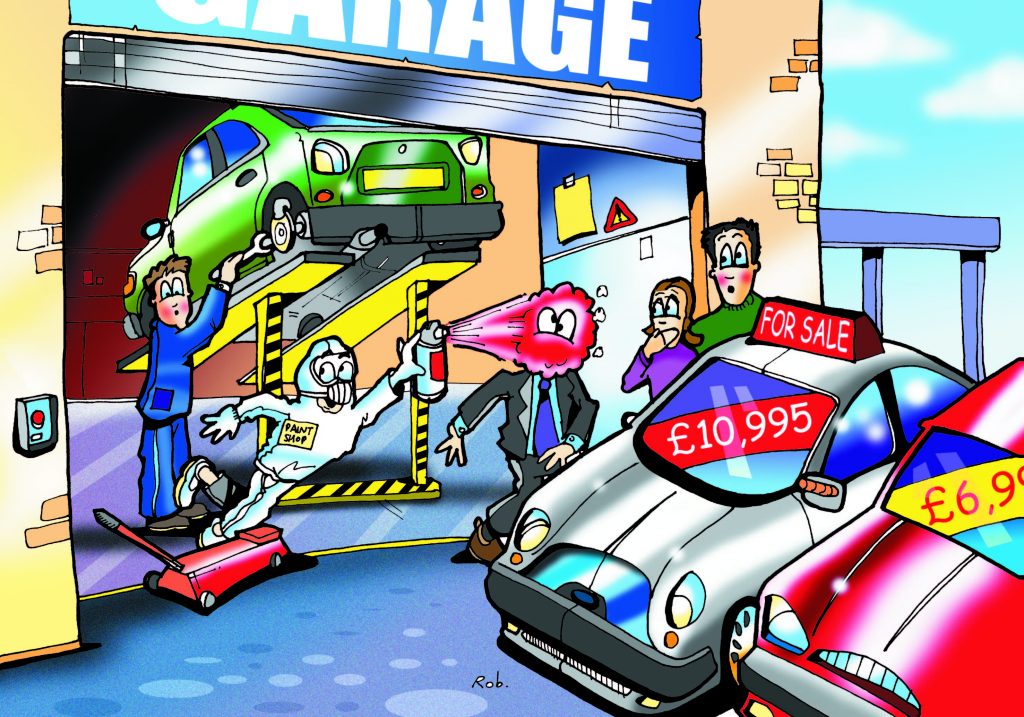 It’s likely a considerably less amount will recall these ones: 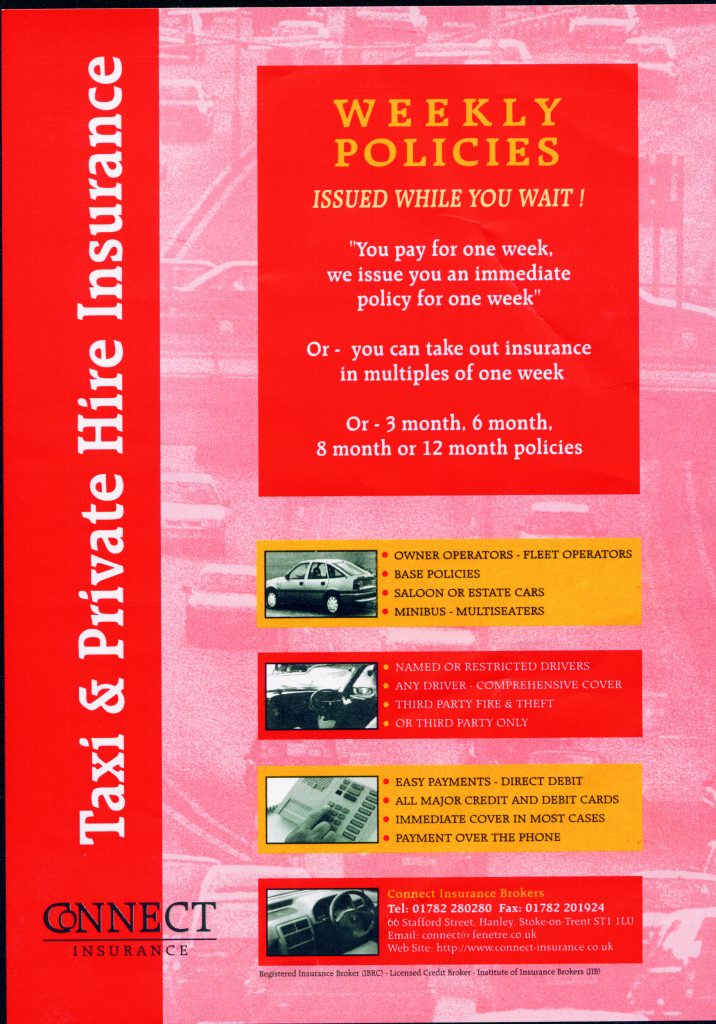 30 Years down, plenty more to come.

That is three whole decades of connecting customers with insurance policies that keep them protected. We’ve achieved a lot of those 30 years. We’ve expanded our product range from just a handful of personal lines policies to writing business for over 75 different products. From just a few insurance partners, we’ve built up solid relationships with over 80 different companies including all the major UK insurance underwriters. From the corner office of a shared premises, we occupy a large corporate building with several different departments, and an additional branch in Derby.

And we’re excited to see how much we can accomplish in the next thirty years.

We hope you’ll be along for the ride.